Così fan tutte or the School of Lovers

February. Déjà, one may think…

With the occasion of Saint Valentine’s Day, the Carnival time approaching and the production of Così fan tutte in town, I have seized the occacion to pen a few lines about this interesting opera by the genius duo of the very Italian librettist (priest and libertine) Lorenzo Da Ponte and the Austrian musical prodigy Wolfgang Amadeus Mozart, also known as Wolfy.

The very first time I saw this opera it was in a small theatre in Italy, staged by a handful of opera students and a conservatory orchestra. Since then, Così fan tutte has become in my mind a playful experiment that is rooted in the cheeky, lighthearted and flirtatious imagery created by Watteau and Fragonard’s paint brushes. In other words, the both gallant and Arcadian scenarios extensively depicted during the Rococo era.

Last time the COC staged this opera (in 2014), for a reason or another – I cannot recall – I simply missed it. This year I wanted to see this production, directed by Atom Egoyan, that has always reminded me, visually speaking, of the renowned headpieces designed by Philip Treacy for Alexander McQueen and later on, in more recent times, resumed on the runways of Maison Valentino (and the Met Gala ’18). But there is a pretty obvious reason why butterflies are so prominent within the set design of this production and we’ll see why in a couple of paragraphs. 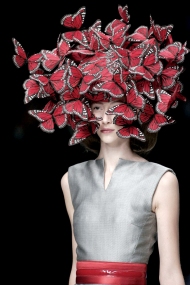 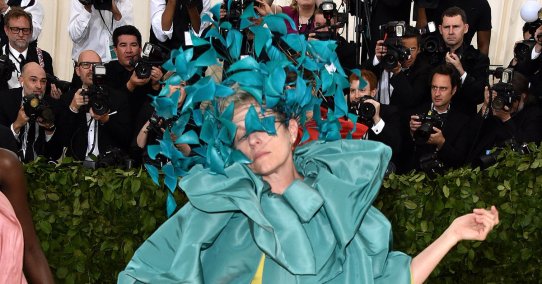 The opera premiered on January 26, 1790 at the Burgtheater in Vienna, the capital of the Habsburg Empire and of the musical theatre of the time, following the two masterpieces of Le Nozze di Figaro (1786) and Don Giovanni (1787). Mozart composed the score to the libretto by Da Ponte for 200 ducats, after another Italian musician, the court composer Antonio Salieri, had refused to set the lascivious libretto to music.

• The Characters
Set in Naples at the end of the 18th century, we find 6 characters, all equally important:

Dorabella and Fiordiligi, sisters, young ladies, have to bid farewell to their betrothed
Ferrando and Guglielmo, fiancés of the above
Don Alfonso, an old philosopher
Despina, the witty and coquettish maid of Dora(bella) and Fior(diligi)

The plot is simple and geometric. The love game is based on a four-player tournament, involving two couples of lovers (Fiordiligi and Guglielmo, Dorabella e Ferrando). In addition, there is an old philosopher that triggers the game, questioning the two girls’ faith towards their fiancés. Despina, the young ladies’ maid, helps Don Alfonso make the scheme work out.

The title Così fan tutte (taken from one of the arias of Don Alfonso) roughly translates into English as ‘this is the way they (women) behave’ or, if I daresay, ‘Born this way (they were).’ Of course, it is always the women, the gentle or the weaker sex, as it was known in older times (but not too long ago), that has to be probed. Hence Guglielmo and Ferrando pretend they are leaving to go to war but come back in disguise, as Albanian aristocrats, to put to the test their girls’ faith.

• The COC production
This production has been signed by Atom Egoyan and presents some valuable points: the director literally translates onto the stage the idea of the “school of lovers*.”
As a matter of fact, we find ourselves in a boarding school from the turn of the past century where Don Alfonso has become his headmaster and teacher of ‘Philosophy – or Chemistry – of Love’. His students – the chorus – have to observe what happens to Fior and Dora as their faith is put to test. Some gigantic butterflies tower above the stage from the end of the first act onwards, symbolizing the troubled male souls, since they are – as Guglielmo and Ferrando sing – like pining butterflies fleeting from flower to flower (“Farfallette amorose agonizzati”) and close to death because of the flame of Love and female beauty.

*A few years prior, Antonio Salieri had penned another cheerful and successful opera, La scuola de’gelosi (The school of Jealousy).

• What to expect
It is an epic three-hour-long opera hence gird your loins! As you may know, the battlefield of love requires resilience, determination and solidity by all means. The musical balm of Mozart’s score will lead you throughout this lengthy but playful melodramma.

• What to look forward to
Undoubtedly, without Mozart’s music, I have to admit that Da Ponte’s Così fan tutte wouldn’t have been a great success, bur rather little more than a mediocre play to be soon forgotten given its uneventful plot line and its unexcused length. But Mozart did the magic and composed an unforgettable collection of beautiful and bewitching melodies and arias, to showcase the singers’ vocal skills and to highlight the characters’ emotions.

Here below I am listing a few arias you should definitely listen to and look forward to, may you be going to see this opera in the near future or you just want to sample a few tunes from an 18th-century piece of musical theatre:
• the overture
• the trio “Soave sia il vento”
• the aria “Come scoglio immoto resta”
• “Un’aura amorosa”
• “Una donna a quindici anni”
• “Tradito schernito”
• “Tutti accusan le donne ed io le scuso”
• the finale.

[Così fan tutte runs through February 23, 2019 at the Four Seasons Centre for the Performing Arts]

This site uses Akismet to reduce spam. Learn how your comment data is processed.

Recent posts from a Venetian in Toronto 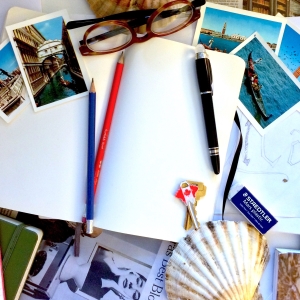 Navigate the universe of a Venetian in Toronto

What you don’t want to miss

What you are looking for